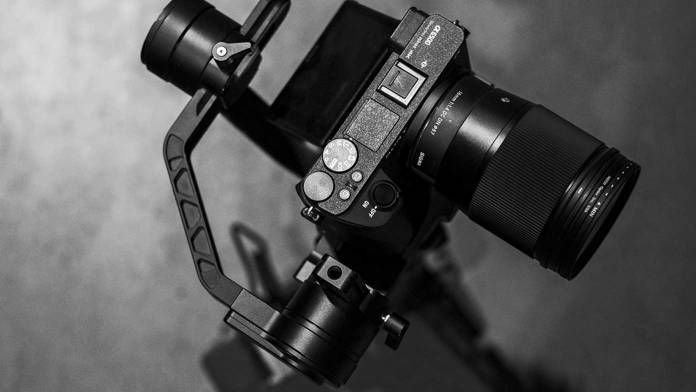 Today’s action cams, mirrorless and DSLR cameras and camcorders are lighter than ever. But in many ways, they are also less ergonomically cooperative. In this article, we’ll look at the best camera stabilizers on the market today. Then, we’ll go over the specs to check as you shop so you can make your videos look more like “Birdman” and less like “The Blair Witch Project.”

The Editors’ Choice award recognizes exceptional video production equipment, software and services. These products must help videographers be more effective storytellers while being affordable, easy to use and dependable. The products must also deliver a superior user experience. 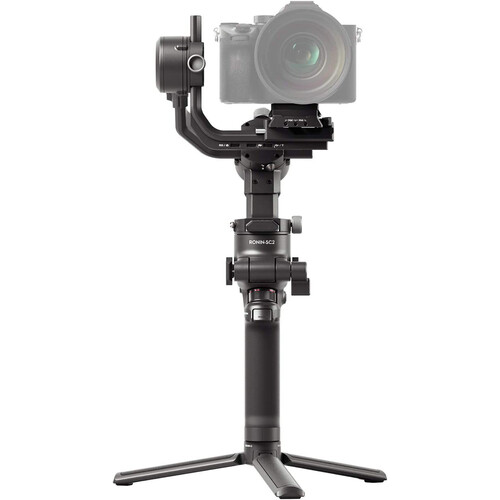 The DJI RSC 2 is a compact stabilizer that is compatible with over 50 mirrorless and DSLR cameras and can carry 6.6 pounds.

The stabilizer offers plenty of great features, such as a foldable design that makes for easy and compact transportation and storage. The RSC 2 offers six configurations, allowing users to get more creative with their shots.

The grip is designed in such a way that all of the dials are easily accessible and right at your fingertips, such as optional follow focus. 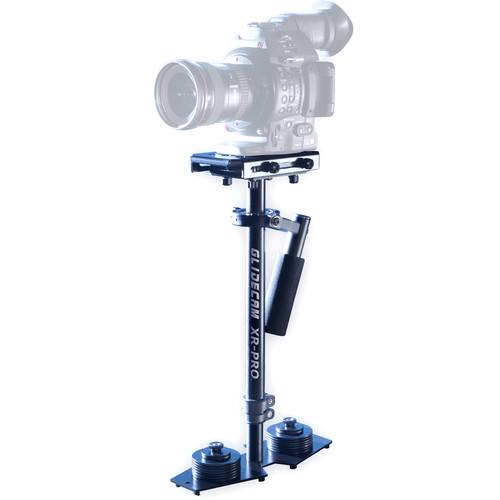 The Glidecam XR-PRO provides camera stabilization without the need for motors or batteries. Instead of relying on a brushless motor, the XR-PRO uses a more traditional sled design. It has a handle and counterbalance weights to compensate for the shakes and wobbles of handheld shooting. It’s made with anodized aluminum and features precision bearings, a telescoping center post and dynamic camera balance platform. 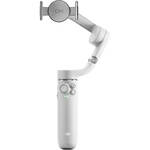 The DJI OM 5 is a solid stabilizer for a fraction of the price you pay for similar functioning, higher-priced stabilizers. To start, the DJI OM5’s ActiveTrack 4.0 is very impressive. Compared to ActiveTrack 3.0 (found in the DJI OM4, ActiveTrack 4.0 offers more advanced recognition capabilities and higher responsiveness. This allows the DJI OM5 to automatically tack faces in selfie mode — a useful offering for vloggers. Another feature vloggers will love is the DJI OM 5’s 8.5-inch extension rod and magnetic phone clamp. The magnetic phone clamp connects to a smartphone and keeps it securely in place.

Like the other DJI OM models, the DJI OM 5 features a compact and foldable design. Its portable design and easy setup make the DJI OM 5 a great stabilizer for quick shooters.

When choosing a gimbal for your camera, your first concern should be compatibility. You’ll need to account for the weight that the gimbal will need to accommodate. This includes not only your camera, but your lens and anything else that the gimbal will need to support. You’ll also want to look at compatibility, app functionality and any special features the gimbal might offer. Make sure the gimbal will work with the type of camera you plan to shoot with and that it provides the functionality you need to get the shots that you want. With this in mind, let’s take a look at some of the defining features of any gimbal.

In time, much like panning and tilting on a tripod, you’ll find that the movement becomes second nature.

The drawback to having this type of control is that non-motorized systems take longer to learn how to operate as far as making your camera movements look smooth. They tend to require more operator interaction than their motorized counterparts. If you’re used to doing a lot of hand-held operating, then you’ll probably be getting smooth shots fairly quickly and with ease. Gradually, you’ll be able to get shots that you might not have ever thought were possible even with a camera stabilizer. In time, much like panning and tilting on a tripod, you’ll find that the movement becomes second nature.

On the other hand, once you have a motorized camera stabilizer set up and balanced, you can grab it and start shooting. It doesn’t take long to get used to operating a camera on a motorized stabilizer. The stabilizer will maintain smooth level shooting; you just have to frame the shots. Most models will allow you to set up the camera with a tilt up or down if you want to get high or low angle shots. The stabilizer will maintain that angle for you. The only drawback is that you sometimes can’t deviate from this during the shot, or else changing the angle will require a second operator controlling the camera.

Another advantage to a motorized stabilizer is that you don’t always have to be right next to it. You could use a cart or wagon as a dolly, mount the stabilizer to it, and get shots that you might have needed a dolly on tracks to get otherwise.

The biggest disadvantages that some motorized camera stabilizers have is weight and battery life. Some of the larger units can be very heavy once your camera is mounted, so spending a long day shooting handheld might be challenging. Likewise, since motorized gimbals depend on battery power to operate, estimated battery life and your anticipated needs may be the deciding factors in your purchasing decision.

One or two hands?

After choosing between motorized and non-motorized options, you’ll also need to decide whether you prefer operating the gimbal with one or two hands. One-handed stabilizers support smaller camera setups with fewer accessories and therefore work better in tighter locations. If you want to follow your talent through around a small space, a one-handed stabilizer will be perfect.

While most smartphone gimbals have long been designed for one-handed operation, it wasn’t until more recently that one-handed designs began to support larger and heavier mirrorless and DSLR cameras. Larger two-handed stabilizer can hold much larger setups with heavier payloads. Though newer stabilizers like the DJI Ronin-S and the Zhiyun-Tech Crane 2 can hold your Panasonic GH5, Sony a7S II or Canon 5D Mark IV, you’ll be looking for a two-handed gimbal for larger cinema cameras like a RED camera system, or if you plan to use heavier lenses.

Keep in mind that if you plan on adding any third party tools and toys to your gimbal setup such monitors, microphones or lights, the additional weight will affect the balance of your gimbal. It may even make it impossible to balance the gimbal without counterweights.  Note also that for the smallest mirrorless cameras, you may need to add some weight for proper results. Make sure to look at the minimum payload as well as the maximum, since a camera that is too light will be just as difficult to balance as one that is too heavy.

Ergonomics are another consideration when choosing a gimbal — especially if you anticipate long shooting days or want to capture smooth moving shots of an extended duration. Most single-handed gimbals will follow a similar design with the handle extending down below the camera, though there are some exceptions. A two-handed gimbal will give you more stability and control and will often support heavier payloads. This form factor may also help stave off fatigue since it distributes weight over both arms.

Another upgrade is the addition of a quick-release base plate. This allows you to switch between tripod and gimbal without switching plates or needing to rebalance. Since rebalancing can be a pain on any gimbal, this is a big advantage.

Ease of operation should also be considered when choosing a gimbal. Hard to use controls will only make it more difficult to get the shot you’re after. Some gimbals offer special features and camera control depending on the camera you plan to use. If these features are important to you, make sure to double check compatibility before you invest.

Finally, if portability is important to your workflow, look for features that make it easy to bring your gimbal into the field. Easy setup and breakdown is a plus, as is an included carry case.

Which camera stabilizer is right for you?

Handheld stabilizers let you move your camera in almost any way you want while keeping the shot stable. You may even find that you’ll want to purchase both manual and motorized stabilizers. Likewise, the best stabilizer for your DSLR may not work great for your action camera and vice versa. There are many different types of stabilizers to fit all kinds of productions and budgets. Whatever style you choose, remember that smooth hand-held shots are what separate the amateurs from the professionals.

Disagree with our picks? Think we missed something great? Tell us about it in the forums.

The best audio and video recorders — 2022

Videomaker is always looking for talented, qualified writers. If you have a great idea you’d like to share with our readers, send it to editor@videomaker.com.

Partner with us to reach an enthusiastic audience of students, enthusiasts and professional videographers and filmmakers. Click here to contact a sales representative and request a media kit.

Given away to one lucky winner